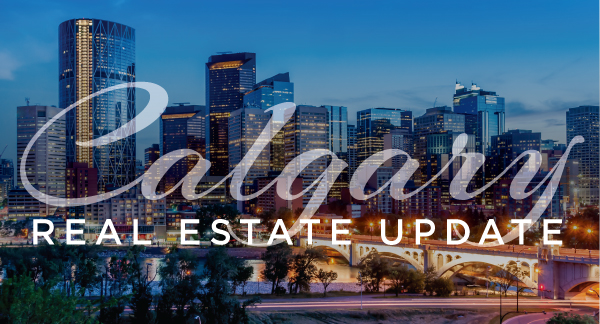 Here we are in the new world of mortgage rules and increased interest rates. While we had seen a good push in sales for November and December to beat the new mortgage rules, January saw sales remain flat. This may be a little deceiving though as all segments were down except the semi-detached category which saw a 20% increase in sales. I have seen this many times though. There is the initial shock of the new rule and then in a few months, everyone is used to their new reality and homeowners original plans march on. Leading in to 2018, inventory levels are higher than what we saw last year and that is putting downward pressure on prices.

The CREB Forecast Breakfast took place end of January and there were some interesting points that came from there. Despite some early optimism for the Alberta economy, the tow line is that we are in recovery mode and it's slow and steady. Oil & gas prices are back to a reasonable level, however, there isn't an expectation that they are going to balloon to $100 a barrel again. $60 is agreeable for Alberta though. The economic conditions haven't improved enough to see gains in employment for that industry though. Calgary has been subtely diversifying, attracting more tech companies and building on their core competency of logistics. What better time to do it? Office space is practically being given away right now. The expectation for 2018 is that we are on a slow road to recovery (and that's a good thing)!

The detached segment sales were the same as January last year. There was an increase in sales of homes under $400K while over $500K saw a bit of a slower pace. This could be directly related to the new mortgage rules (affecting move up buyers). Months of supply sits at 3.7 which is still in balanced territory. Benchmark prices remained flat year over year and month over month, however, inventory levels are 18% higher than last year. If we don't see more buyers soak up some of the inventory, we will see an adjustment in prices moving forward in to the spring. The City Centre, Northeast and South districts all saw increases in benchmark prices since December.

Semi detached sales were up 20% since January 2017 to 99 units. This was well above the 10 year average. Now before anyone gets too excited, inventory levels are up 20% as well. Overall the segment sits at 4.5 months supply with really low supply in the Southeast (1.7 months). Benchmark prices are up 2.2% to $415,800. The prices are down over 2% year over year in the Northeast and North districts.

Row housing once again is a different story. Sales were up 2% since last year, however, inventory levels are up 12.7% to 698 units. The bulk of the sales in this segment occured in the $200K-$300K price range. The East and City Center districts saw year over year nominal price gains while the South district's prices were down over 6%.

Apartment inventory remained flat year over year and sales were down sllghtly (4%) to 145 units. The months of supply is just under 9 which still marks this segment deep in to buyer's territory. Got some interesting news from the Forecast Breakfast. There are 7,000 multi-family units that are either coming on to the market or currently being built. To put this in perspective, there were just under 19,000 sales in Calgary for all property types in 2017. Keep in mind, multi-family also includes row homes. This is going to affect the market by keeping inventory levels high. It will take some time to weed out the inventory, possible a few years. The City Center and East districts have over 10 months supply while the City Center, West and North all saw the least amount of price erosion (less that 3% year over year).

A couple district notes: the North sales were above the 10 year average and the West's inventory levels have stayed flat (not steadily increasing like the other districts).

Airdrie -
Sales are above the 10 year average, however, there is 5.8 months supply (buyer's market). Apartment and semi detached year over year save a positive change in benchmark prices for the segments. Detached prices are 0.27% lower than December and 1% lower than January 2017.

Cochrane -
Benchmark prices have dropped 4.1% since September. Sales for January were above the 10 year average.

Chestermere -
Sales were also above the 10 year average. Benchmark prices are at $472,900.

Okotoks -
Sales and new listings both increased. Months of supply went up slightly, but that didn't affect benchmark prices. Prices are 1% higher than last month and close to 1% higher than January of last year.

Strathmore -
Benchmark prices are flat year over year. There is quite a bit of inventory with low sales activity.

Putting it all together, there are some signs that we may have seen the bottom of this last recession, but the road to recovery is going to long and slow. The new mortgage rules and higher interest rates will have an effect and may serve to protract the recovery longer than already projected. It all comes down to consumer confidence. When oil prices are felt to stabilize, and the media jumps on that bandwagon, then confidence will come back. When will that happen? Anyone's guess for now. There is not a lot of movement expected one way or another for the year though. If you are thinking of making a move or buying your first home, there's no time like the present. Interest rates are expected to be 4% by the end of the year. Save yourself some money and make your move before the rates go up again. Most mortgage brokers will offer a rate hold for 120 days. Get pre-approved and save yourself some money!